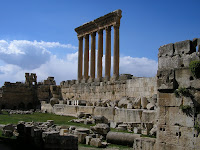 The Temple of Jupiter is located at Baalbeck and is one of the tallest of all the Roman ruins in the world. Six Corinthian columns stand today thrusting 22 meters tall (that is 72 feet). There were 54 columns in the Great temple of the Sun as it is also known.
The great court was located inside the hexagonal court and contained 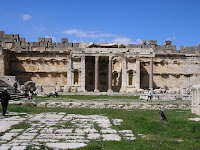 two altars and other installations of the cult for sacrifices.
It is located at Baalbeck as well with some of the remains found there believed to have been built most likely in the second century. Other remains at the site date back from the 3rd to the 1st century B.C.
The Temple of Bacchus was built in the second half of the second 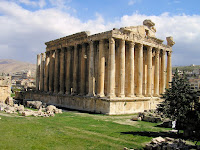 century A.D. It is larger than Parthenon of Athens and measures 69 meters by 36 meters. It is a striking remnant that has survived numerous earthquakes and still stands in remarkable condition. 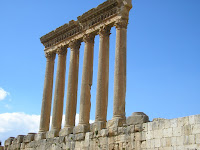 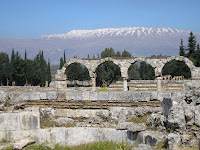 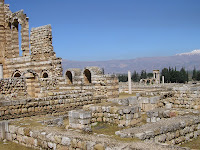 The city of Anjar was built in the era 650 AD and lasted until about 744 when Anjar was destroyed after having served a s major trade center of the region. It is completely different from any other archeological site in Lebanon. It represents a single period of time, the Umayyad. There were 600 small shops located in the compound as well as two palaces, a mosque, individual houses and Turkish baths. It is located close to the scenic city of Zahle' in the Becca Valley.


A shepherd is shown with his lead goat that also serves as a watch post for him and helps to prevent strangers or predators from attacking the flocks. When I visited the goat came to rest about two feet behind me and kept a keen eye on me. I turned to see him and noticed what he was doing and told the son of the director that I believed the goat was a king! The boy told the shepherd and then posed with him for this photo. 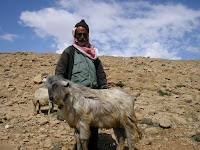 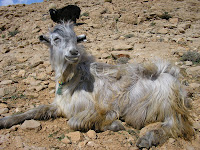 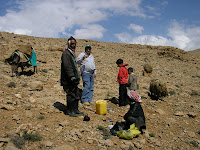 they enjoy shepherd's tea and some soft cheese curds and flat bread. The director of ACDI/VOCA office in Beirut is shown with his sons having tea with the shepherd. I was treated to the tea as well as having some roasted truffles that they had found in the mountains and roasted in the fire where the tea was brewed. It was a special treat that I had not known before!


Fat tail sheep are commonly found grazing in the mountains during 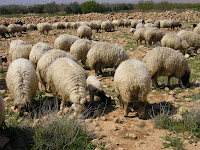 most of the year. During spring they move lower in the valley for grazing of barley, wheat and vetch pastures for finishing yearlings. 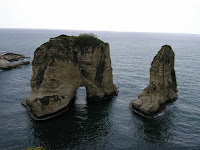 Raousheh is the name of the rocks found in the Mediterranean Sea just off the coast at Beirut. They are a popular landmark for tourists to observe in the beautiful waters of the Sea.
Posted by dairyspecialistinrussia at 2:34 PM