Some observations of life in Lebanon 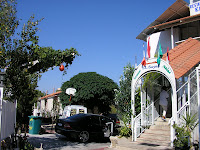 My motel room was a small bungalow with air conditioning, refrigerator, table and chairs and twin bed. It was roomy and provided a quiet place to work and rest. During the day temperatures in the fields near the sea were warm and humid. I saw some really good fields of corn and alfalfa. All were receiving some kind of irrigation as no rain falls from mid-April to about mid-September. Outside my room many kinds of fruit trees grew, including fig, pomegranate, plum, cherries and grape vines. A rooster started crowing each morning at 4:30 and other chickens ran loose in the fenced area that contained the motel and restaurant. It was necessary to watch my step as I walked! 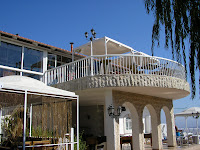 I stayed at the Motel El Sayad, near the village of Baino. It was located in the beautiful hills leading to the mountain ranges arising from the sea and was about 30 minutes from the Mediterranean Sea. A restaurant was part of the complex. The food was good. The atmosphere was wonderful with some fantastic views of the mountains and valleys. A cool breeze cooled me off in the evening as I dined under the stars on the terrace! 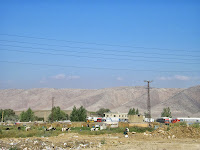 In the Bekaa valley situated between two mountain ranges that run parallel with the Mediterranean Sea the elevation is over 700 feet above the sea. Air is much drier, the sky is much clearer and there is less haze during the heat of the day. This photo shows a Syrian refugee sitting on a rock herding a herd of 9 dairy cows. In the foreground there are many tents where other refugees live while performing seasonal labor in the valley. Syria is located just over the mountain range seen in this photo. 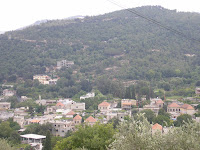 The village of Baino could be seen nestled in the valley from my motel where I stayed. There were many deciduous trees in the village and in the fall the maples, sweet gums and oaks reveal some brilliant fall color. Baino is about 700 feet above sea level. 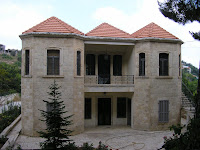 Houses in the village of Baino had some interesting architecture. They were built of stone and had a clay tile roof. Most had fenced courtyards with small fruit trees and lots of flowers as well as some vegetables for table use. 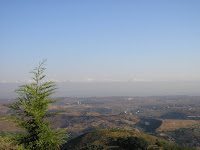 Lebanon is known for its cedar trees that have been referred to in the Bible. Some are reported to have lived more than 2000 years. This small cedar tree is growing on a hill near the motel where I stayed. Across the valley one can see the border with Syria. 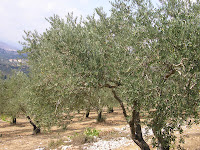 Olive trees are grown in plantations mostly on the soils at rising elevations from sea level. These soils are fairly rocky and unsuitable for row crop production. It is not unusual for plantations to have 15,000 or more trees. They get no supplemental irrigation, other than rainfall from mid-September to mid-April, and during the hot summers they get only dew from the air. Dew falls early in the night and lasts until morning. 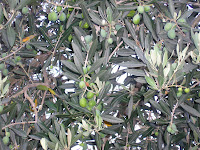 Olives are picked in mid-October. They are squeezed for oil soon after picking to avoid rancidity. I ate olives nearly every day at breakfast and as an appetizer at many other meals. 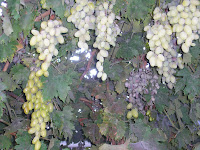 Grapes hang from trellises at nearly every residence. White grapes seem to be the preference of Lebanese. Most are seedless and very tasty! 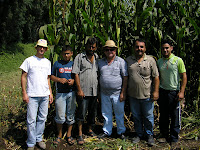 This photo shows some of the field workers who helped with silage harvest. The man with the wide brim hat was my host at the Cooperative Livestock Husbandry in the Akkar region of Lebanon. 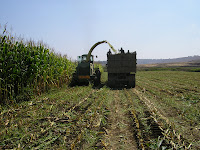 Chopping corn for silage was done with a six row harvester with silage blown into trucks. Three men rode in the trucks to keep the chopped corn distributed evenly in the truck. 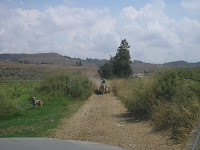 A small boy rides a donkey leading sheep to another spot to graze. Dogs help to keep the sheep out of places where they are not welcome. Another small boy followed behind the more than 200 sheep in this flock. 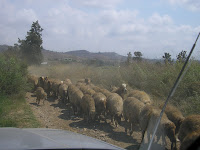 Sheep and goats are raised thoughout much of Lebanon, especially in areas where few people live. Herding is done with dogs and laborers who spend entire days with the animals.
Posted by dairyspecialistinrussia at 7:46 AM