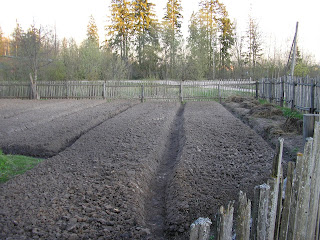 Gardens are typically located near the edge of villages and are tilled by hand, unless horse power is available. Most are surrounded by fences with a small house, known as a dacha, located within the compound. It is common for an older relative to stay in the dacha in summer for protection and to oversee the garden daily, while other family members come on weekends to work and to get away from the city. 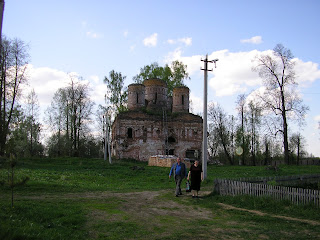 Churches that were bombed during Soviet times are being restored all over the area just north of Moscow. In other regions, there were no churches when people were moved into communal living.

This church was just constructed in Bobrava village and is the first one to have been built there. It sits in a beautiful pastoral setting surrounded by fields of alfalfa, sugar beets and a mix of other crops in some very fertile soils. 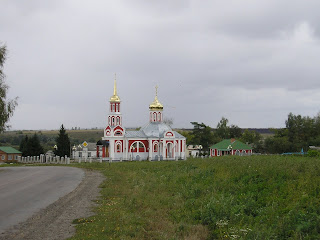 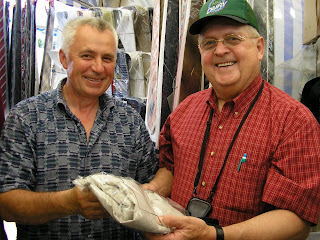 Markets are set up in the villages at least once each week. I purchased a linen shirt from this vendor. The shirt is very cool in summer time.

We are enjoying a shashlich in the woods near Rostov. Irina, Alexander's wife, is shown here with Walter, another volunteer--veterinarian from Virginia, and Marina, my interpreter in May, 2008. 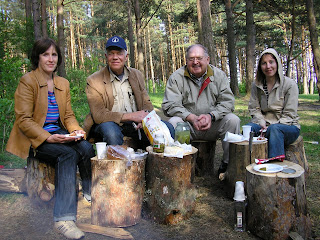 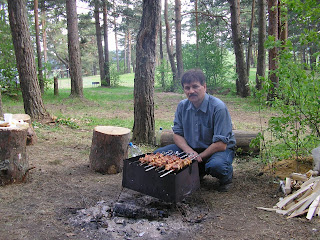 Alexander is shown here grilling pork on a portable grill. We ate it with some good rye breads, pickles, chips and finger foods. Irina fixed tea and added some wild strawberry, wild raspberry and mint leaves, which we had with a purchased cake.


This photo shows Anatoly, Tatiana, Inna and Rita in their home. They invited me for tea and refreshments and gave me a tour of their gardens and other outbuildings. 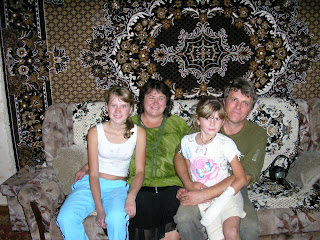 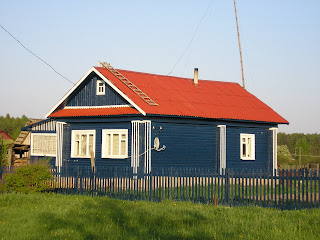 This house is typical size in many of the villages. This one is in much better repair with recent painting, than many, and has a satellite dish prominantely displayed for connection to the modern world. 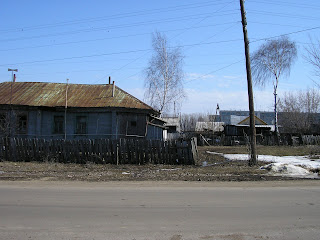 Many of the villages look more like this one with little color and no signs of recent paint on houses. All houses are fenced to keep a small poultry flock and have a small vegetable garden with little grass. Most have some flowers to provide color in season.


Open air markets are common in most villages and usually are open one day each week. They are like mobile Wal-Mart as one can buy food, clothing, supplies, hardware and kitchenware and bicycles or automotive needs at them. 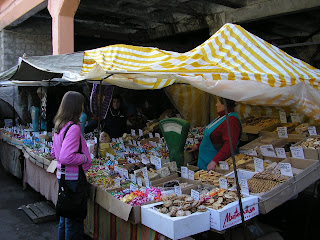 It is common for many of the farms to provide 1.0 to 1.5 tonnes of potatoes to each employee when they harvest the potato crop 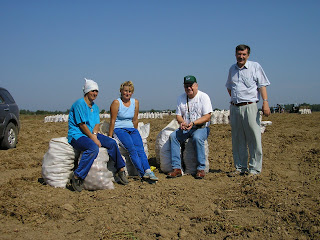 . In this photo the director's wife and mother-in-law are shown with the potatoes they have picked up and bagged in the field. Families can use the potatoes for themselves and share with other family members, but few can sell any since nearly everyone in the village works at the farm and has lots of potatoes! 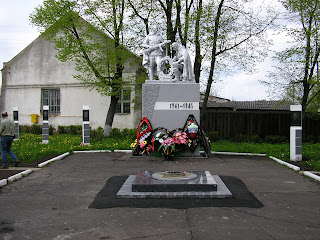 Every village has a monument to recognize those who lost their lives during the second World War when millions of citizens and military were killed. Population in Russia has been restored to pre-war levels, but the high death rate and low birth rate still allow a significant population decline today, that is likely to go on for decades.


These photos represent a glimpse of what it is like living in a small village in Russia in early 21st Century. Many of the villages show signs of going years without much needed repairs and upkeep. The houses are very small compared to ones found in the U.S. Most are surrounded by fences where a small poultry flock is kept and fresh garden vegetables are grown. Larger plots are located on the edges of the villages where most vegetables, like potatoes and cabbages are grown in large quantity. Little food is stored in the houses and most Russians go to the market daily for fresh produce. Many markets are supplemented with open air markets that are held once a week, where many food items can be purchased.

As many of the out-of-date dairy farms are closed down, or merged into more efficient ones with modern labor-saving technology, more small villages will disappear from the countryside. Small village life is disappearing in Russia similar to what small town life in the U.S. has been doing as people migrate to larger cities to find employment and better housing.
Posted by dairyspecialistinrussia at 8:28 AM